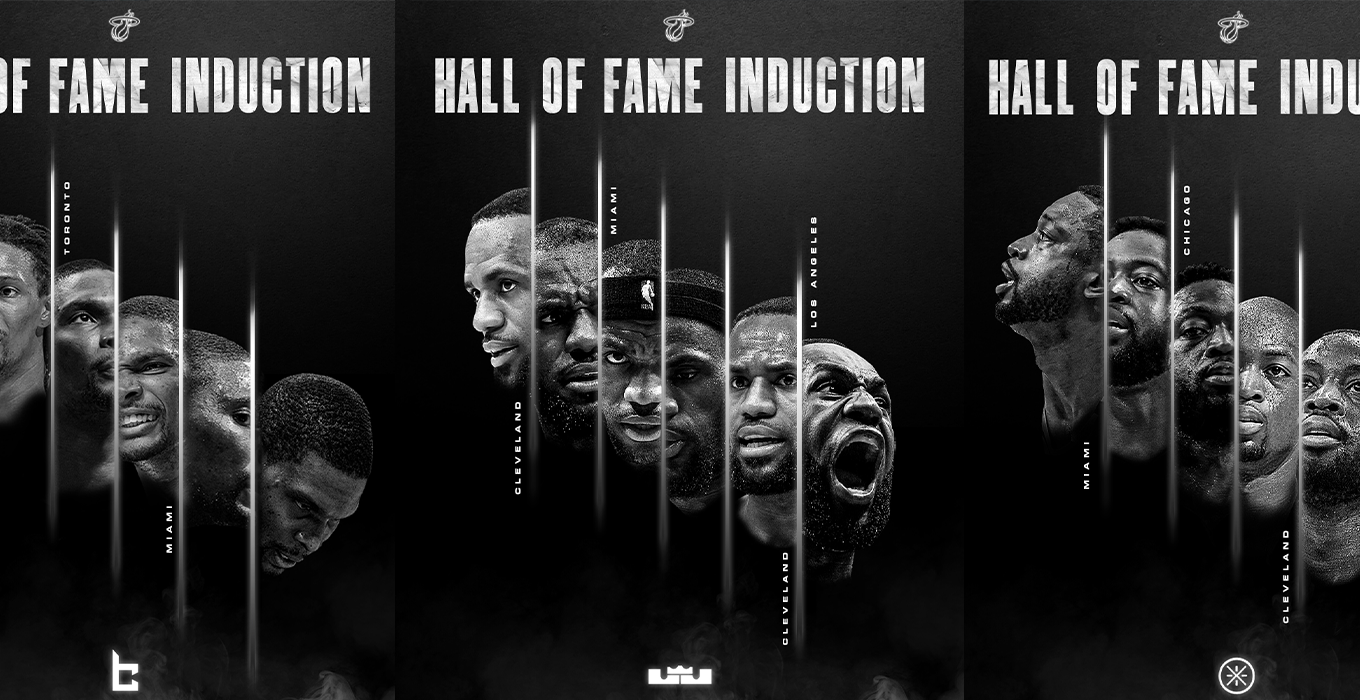 Miami's big three are was one of the most powerful trios in NBA history. Miami was looking for two other stars to join forces with them in South Beach back in 2010 to reach that second championship for the organization. Later on in July, Chris Bosh was signed to the Heat while the team was still needing to find one more key player to compete for an NBA championship. Later that month, Lebron James decided to make his free agency decision on live television and declared that he will also be heading to Miami to join Wade and Bosh to form a big three in South Beach. This trio went on to win two back-to-back championships and reach the finals five years in a row.

Taking all three players, I decided to make two graphics for each of them. One being used for social media purposes and the other being a banner made for each player when they retire that would be placed in the arena. I wanted to highlight some of the accomplishments and moments that they had made over their entire career. I think you can see a lot of true emotion that the game brings out in each player. 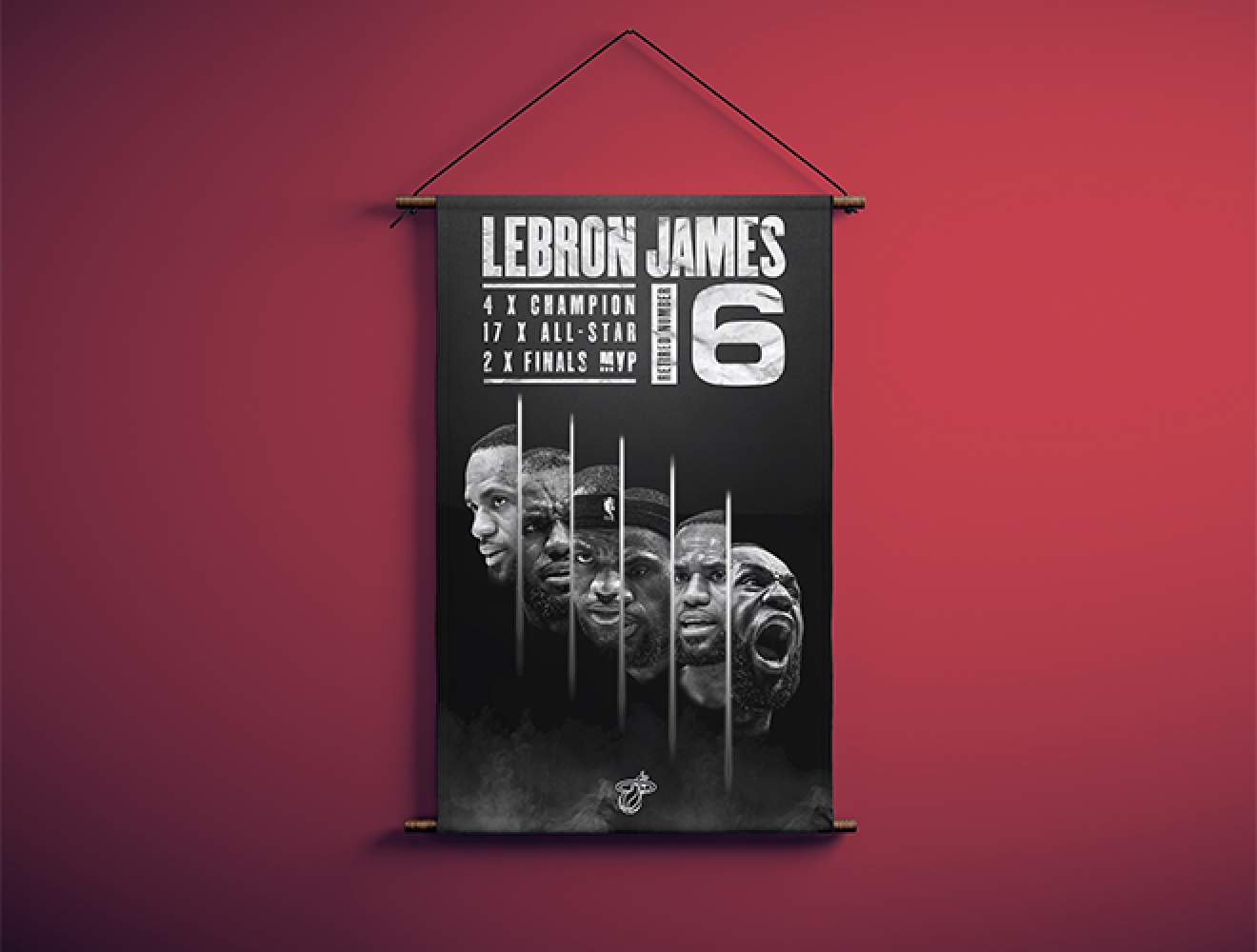 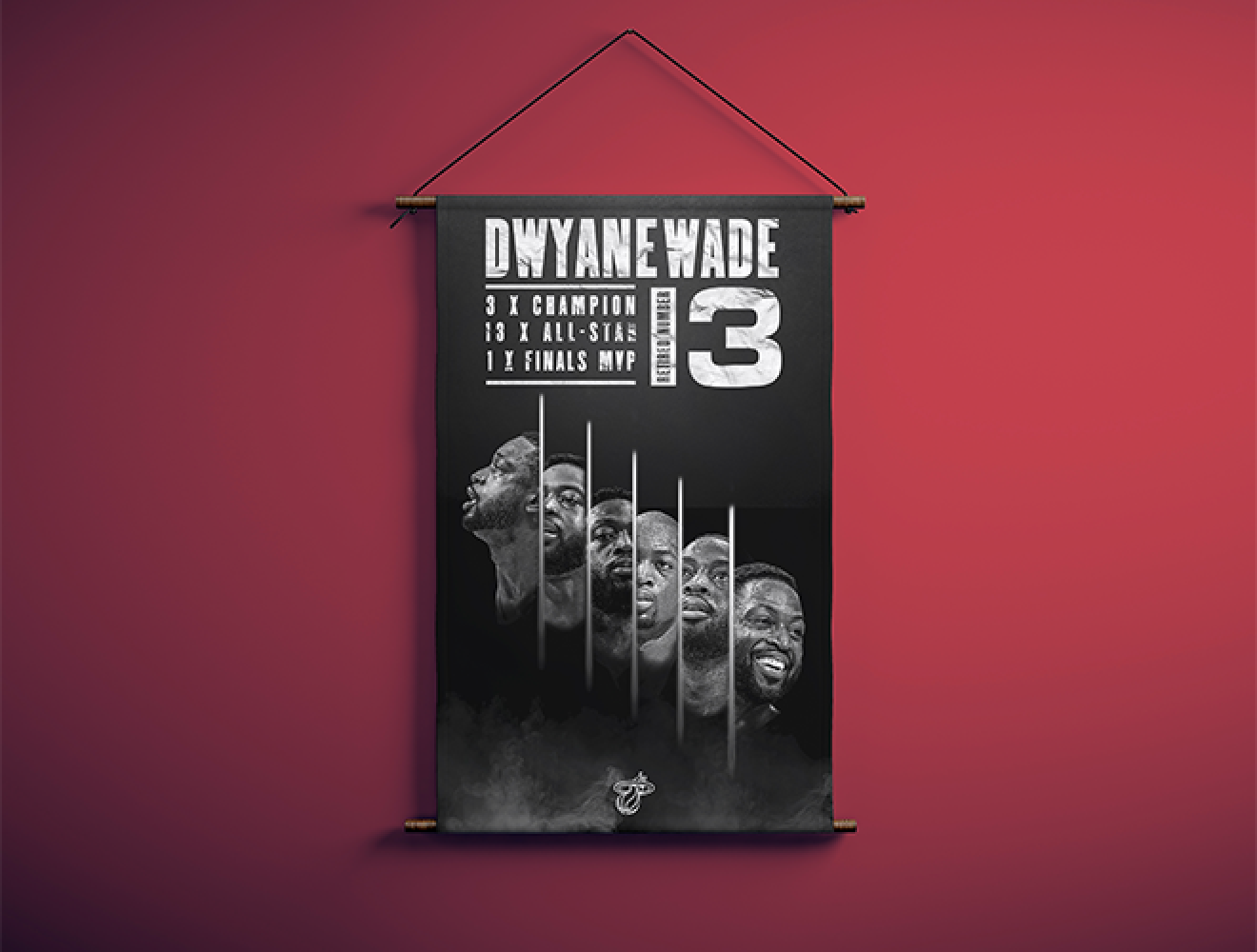 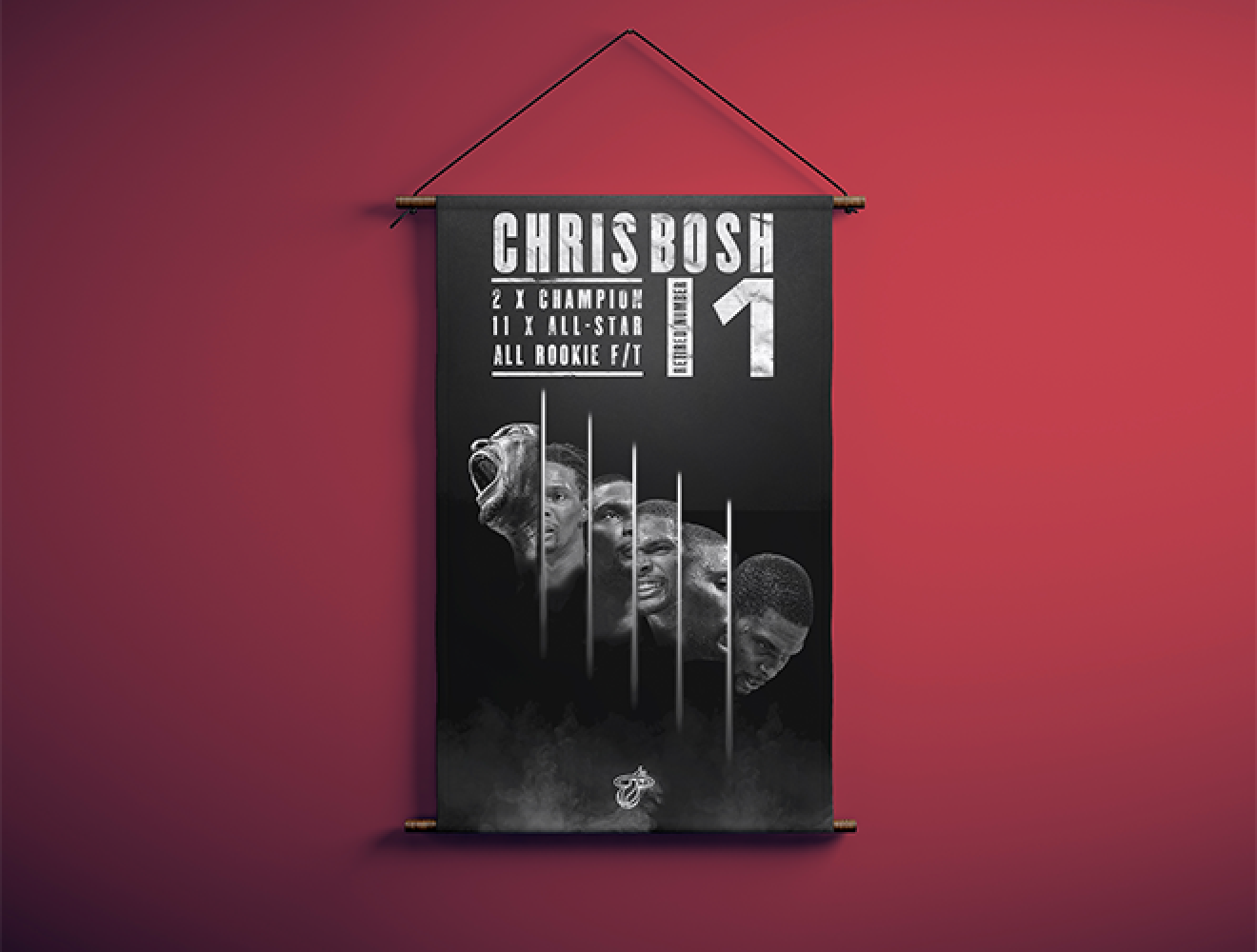 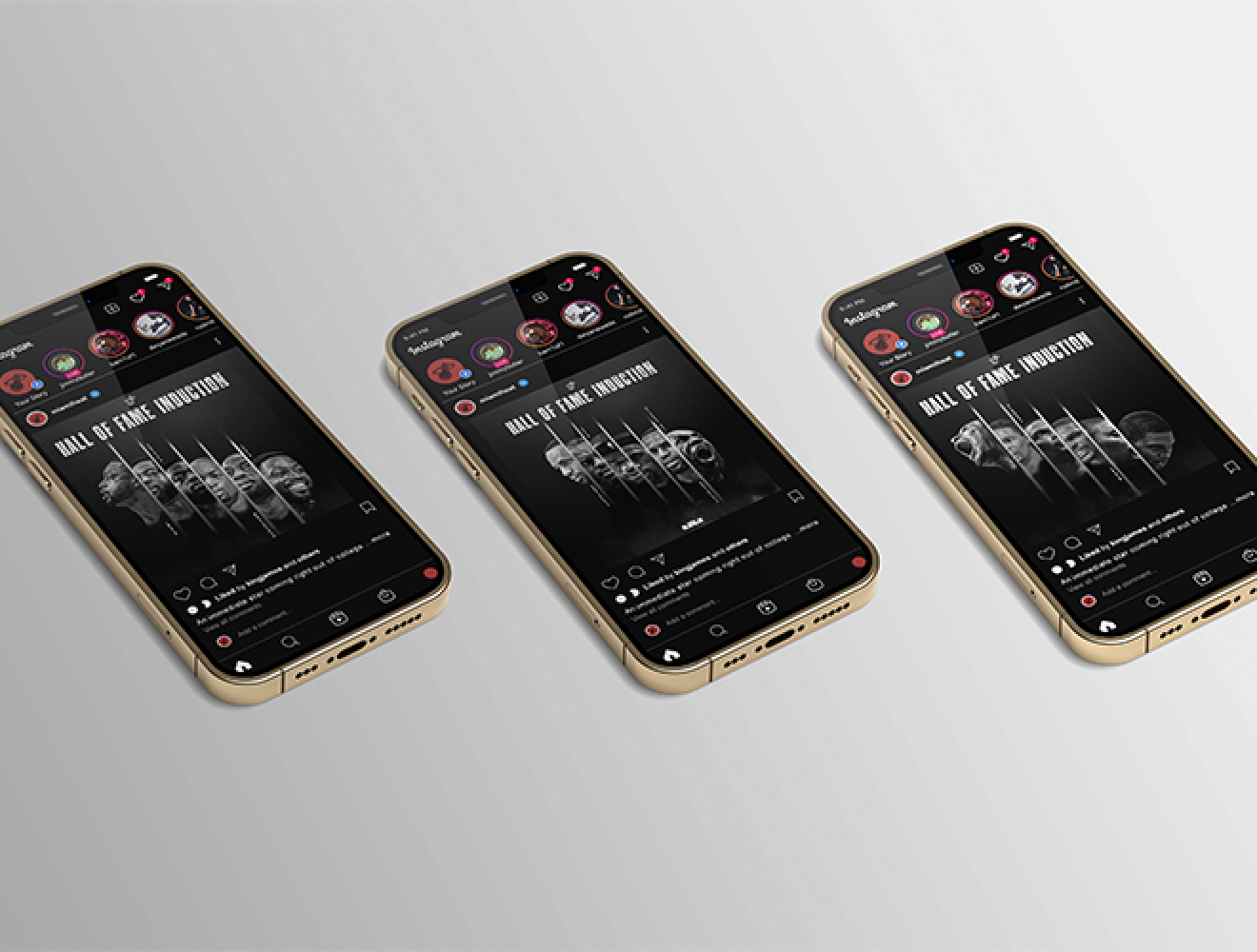